German is the third most widely-spoken foreign language in the world, being a maternal language for a hundred million people. It is the official language in Germany, Austria, Switzerland, Luxembourg and Liechtenstein, as well as in certain parts of northern Italy and in parts of France and Belgium. 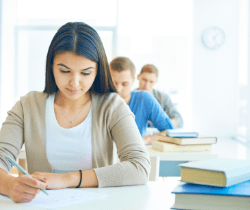 German courses for students and adults